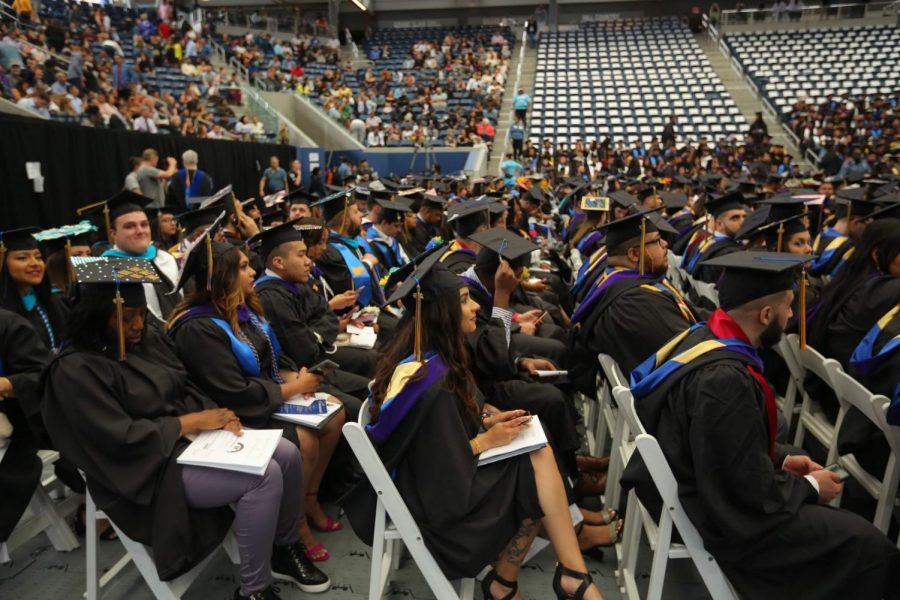 At today’s December Town Hall meeting, Brian Kerr, Vice President for Enrollment Management and Student Affairs, announced that there would be an in-person commencement for the ’20 and ’21 graduates on January 11 at the Barclays Center.

According to Kerr, 800 students from the class of ’20 and 850 from ’21 were interested and willing to attend the in-person commencement in January.

There were some 160 participants in the meeting when the announcement was made.

“We’re going to be able to celebrate a number of our students who missed that wonderful opportunity of being able to be recognized in commencement ceremonies in the past two years,” Kerr said at the Town Hall meeting.

President Karol Mason said that the commencement would follow New York City guidelines, so anyone attending the ceremony in January must be fully vaccinated. In addition, since the commencement will be indoors at the Barclays Center, anyone who attends must also wear a mask.

Kerr said that the college was working on a June date for ’22 graduates also slated to be at Barclays Center. But the college has not signed a contract for the planned June 2022 commencement either.

Sulema Ebrahim, Director, Special Projects, Division of Enrollment Management, said the college should know the dates for the June commencement at Barclays within the next two-to-three weeks.

But toward the end of the Town Hall, President Mason said the college was premature in announcing the plans for the commencement in June. However, she said there would be an announcement when the college has more information about the June graduation.

Still, the news was “surprising and good to hear, “according to Karen Kaplowitz, a faculty member who attended the town hall meeting.

The return of in-person commencement dominated the discussions at the Town Hall meeting, along with the college’s plans to continue returning to normalcy.

“We hope to have a normal graduation,” President Mason said.

Update: John Jay Sentinel | John Jay to Postpone its In-Person Commencement for ’20 and ’21 Graduates Until Spring