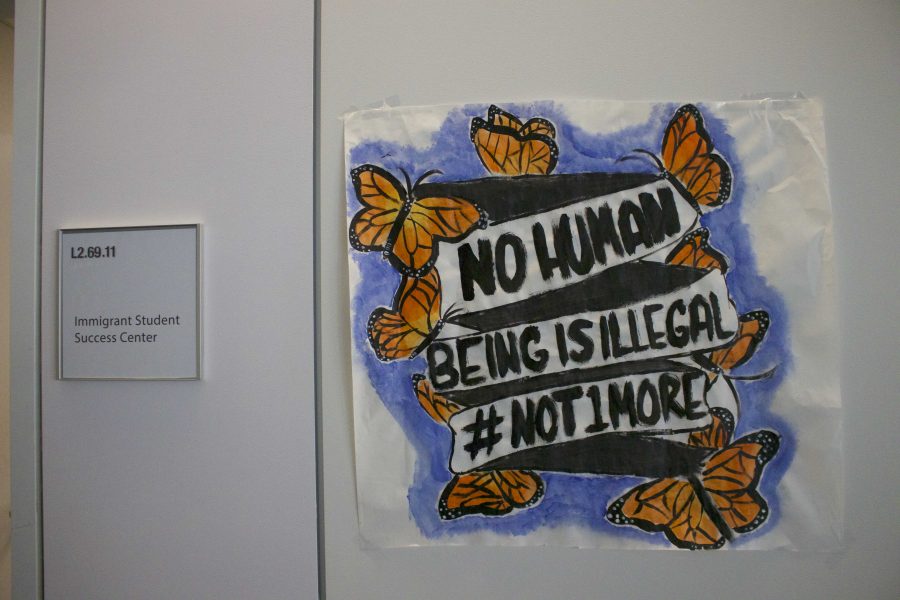 For immigrant students, immigration status can influence their decisions throughout their academic career, such as which university or college to enroll in and the decisions they make during their time at these institutions. As an institution where 33% of the student population identifies as an immigrant, John Jay plays a vital role in the future of these students.

The proposal for John Jay’s Immigrant Student Success Center (ImSCC) was created in 2017, and it opened in October of 2018, becoming the first of its kind in the CUNY system.

The center provides resources to help immigrant students. But it is not exclusive to students who fall within this category. They encourage students to reach out to them for assistance, whether for themselves or family members of mixed immigration status.

The ImSSC provides students with services that include legal support in the form of monthly legal screenings for students that need immigration support or advice, legal workshops that provide information on immigration, academic support, obtaining professional licenses, and financial support.

Not only does the center provide these types of services, but they also provide socio-emotional support to immigrant students through a series called DocuChats that is held on a bi-weekly basis every academic year. These community checks allow undocumented students to talk about issues that affect them with other students who understand these struggles and people who can provide support.

In a recent event held by ImSSC in October 2021, the students and center staff had conversations about what it means to be called a Dreamer and how the immigration movement can sometimes be anti-Black.

Since its opening in 2018, the ImSSC has expanded, and it now has a High School to College Fellowship Program where it funds seven peer advocates. Six advocates receive an $8,000 award, and one graduate fellow receives a $14,000 award. Additionally, the center now has an alumnus mentoring program.

The center prioritized undocumented students affected by the COVID-19 pandemic in the past two years. As a result, it could reallocate about $300,000 in emergency funding, especially those who did not receive stimulus checks. The funds helped students pay for necessities such as bills, tuition, groceries, health, and housing.

The center recognizes the diversity of John Jay’s student population and serves students regardless of their immigration status.

As the center develops and expands, more incoming new and transfer students identify with the center and its work.

To extend these services to students, the ImSSC has a newsletter through which they reach out to students regarding the help they provide and immigration information.

Itzel Asomoza, a senior majoring in Criminology at John Jay, said she first learned about the center through the emails she received from them.

‘’I decided to reach out to them because, at the time, I had to renew my DACA and needed further assistance with the process,’’ she said.

Asomoza recalled meeting Cynthia Carvajal, Manager of the ImSSC, during her freshman year at John Jay and expressing gratitude for her help.

‘’She was able to help me with the application process and even found an organization that was able to pay for the fees of my DACA at the time,’’ she said.

Since receiving help from Carvajal and Vivar at the center, Asomoza said she was willing to attend their events and meetings, as they made her feel accepted despite her immigration status. She has since received help from them several times, such as emotional support and financial aid during the pandemic.