Review: ‘Colin in Black and White’ The Netflix Limited Series 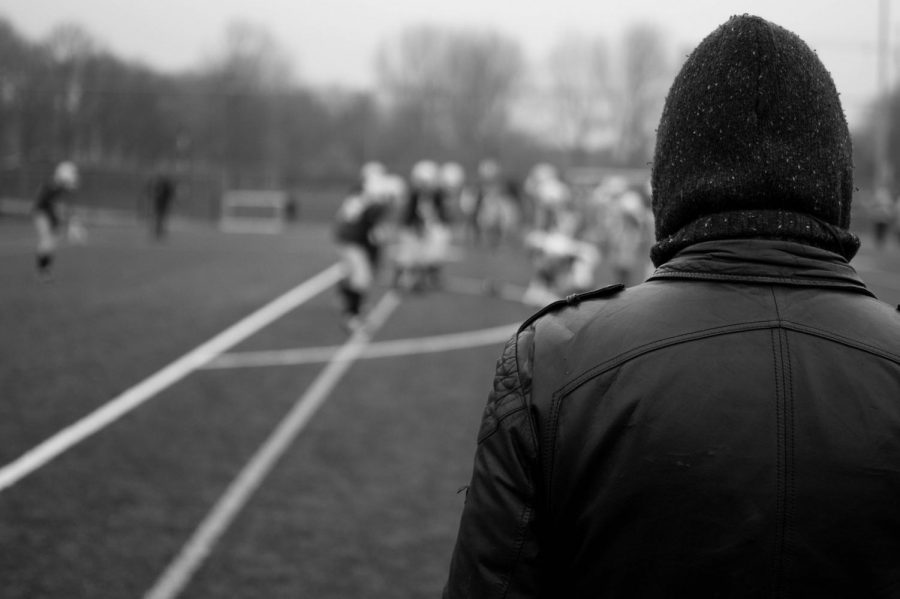 A young man is trying to find himself in a world that isn’t looking for him.

This coming-of-age biopic follows young Colin Kaepernick through high school in his quest to be the Quarterback he was born to be. By the end, it becomes clear that football was just the vessel used for Colin to be a leader in social justice, a role that he didn’t ask for but has taken on with painstaking sacrifice.

Arguably, the most controversial scene of this emotion-triggering biopic takes place in the opening three minutes of episode one, “Cornrows.”

As Kaepernick narrates the audience through the NFL Scouting Combine, a week-long event held every February in which players perform physical and mental tests in front of NFL coaches, managers, and scouts, he likens the Combine to enslaved people being sold on the auction block.

The scene left me with a knee-jerk reaction. I was skeptical and a bit confused. There is no historical reference to any enslaved people coming off the block with multi-million-dollar contracts, nor were they sold alongside white people. My next reaction was a reminder that, as a white man, my opinion regarding the auction block was just that; an opinion.

Co-produced by Kaepernick and Ava Duvernay, the latter scores another win recognizing young talent in casting Jaden Michael to portray teenage Colin. This is no new feat for Duvernay, as she masterfully cast four young men to portray the younger selves of the Central Park Exonerated in “When They See Us.”

The story immediately changes course following the opening scene, introducing Colin Kaepernick as a high school freshman. This is when his uncomfortable journey through his high school years begins. As a biracial male athlete, raised in a predominantly white community by white parents who adopted him shortly after birth.

If there is a weakness with the cast, it is with Colin Kaepernick himself. To his credit, he is an activist and an athlete, not an actor. He is mediocre at best in portraying himself while narrating his story.

However, Kaepernick guides the audience from one personal experience to another, one conscious theme to another, while teaching lessons most have learned before, even if they refused to listen. He does this through the lens of a teenager at the effect of the racist society he must maneuver.

The story has nothing to do with the “kneeling” Colin Kaepernick that the nation has come to love or hate. Yet, simultaneously it has everything to do with it. With an open mind and heart, viewers can see what brought Kaepernick, and many others, to take a knee.

The series highlights social justice issues, overt and covert racism, the damage of microaggressions, and goes beyond the line of scrimmage.

Colin’s parents, Rick and Teresa Kaepernick, brilliantly played by Nick Offerman and Mary-Louise Parker, make it difficult to decide to like or hate them.

Countless scenes would leave the viewer despising Colin’s parents.  But there are almost as many scenes that make you want to forgive them. Still, they love their child, despite his mother telling him he looks like a “thug” when he begins braiding his hair.

The creators do an excellent job of conveying young Colin’s deep sense of not belonging from birth. As his parents arrive at the hospital to pick up their adopted child they had been waiting for, they are told that the child is “no longer available.” The social worker informs them there is another child available, and Colin reflects on this as the beginning of a life of never being anyone’s first choice. The experience replays itself on the football field his freshman year. While he is clearly the better Quarterback, he is chosen for the Freshman team instead of Junior Varsity because the coach was looking for “something else” in a quarterback, and the white Quarterback offered him that.

In “Road Trip,” the third episode of this six-part series, the family takes several weekly trips to baseball games Colin was pitching in. Each week, the team stayed in hotels, for the most part, Colin is the only Black kid in any of these hotels. It leads to racist profiling from hotel staff weekly, with no defense from his parents, until he dreads taking the trips more and more each week. This treatment, along with that of umpires, coaches, and other players and their parents, only intensifies Colin’s passion for football and his apprehension for baseball.

As Colin’s high school journey begins to wind down and it is time to begin weighing college offers, all his offers are full-ride scholarship opportunities to play baseball. No college shows interest in Colin for football.

The consensus is that he should be grateful for the baseball offers, including going straight to the pros, even though football is where his heart is.

Young Colin continues to discover who he is, what he loves, and his unwavering devotion to becoming a college Quarterback. But he is more and more drawn to his own blackness and has a difficult time understanding the resistance he experiences in coming into his own.

Colin’s attraction to Crystal (Klarke Pipkin), one of the few black students in his school, draws criticism from Eddie (Amarr Wooten), Colin’s only black friend. Eddie exclaims, “Hold up, you have one of the baddest girls in school jockin you,” referring to Kaylie, a white cheerleader, “and you checkin for Crispy Crystal?”

Kaepernick effectively references to these attitudes and how Hollywood perpetuates this with the type of Black people who are “white approved,” and how some Black people, like Eddie, can find themselves, intentionally or unintentionally, assimilating.

There is no shortage of emotions, from laughter to tears, in this limited series. The creators went to great lengths to shed light in a way that draws-in audiences of all ages and socio-economic backgrounds. There is no social justice “revelation,” but it’s told in a unique voice, a voice of blackness that quiets Kaepernick’s critics.

The series ends powerfully, with Coach Alt calling from the University of Nevada to offer Colin a spot as QB. Colin tells the coach, “All I need is a shot. That’s all I’ve ever needed.”

As young Colin cleans out his room, removing his poster of Allen Iverson from the wall, Colin Kaepernick, the narrator, sits down to pen a letter to his younger self. The Spirit of the letter can be summed up in its opening sentence: “Dear Colin, Trust your power.”


Paul Donahue is a senior majoring in Criminal Justice with a minor in Digital Media and Journalism. Paul currently works as an advocate for the homeless as a Housing Specialist in the New York City shelter system and is active in Criminal Justice Reform. He intends on furthering his education into a graduate school program and hopes to work with The Innocence Project.
Delete Image
Align Left
Align Center
Align Right
Align Left
Align Center
Delete Heading