Several students registered for in-person or hybrid courses before they decided to get vaccinated; some barely met CUNY's October 7 deadline, others missed it. 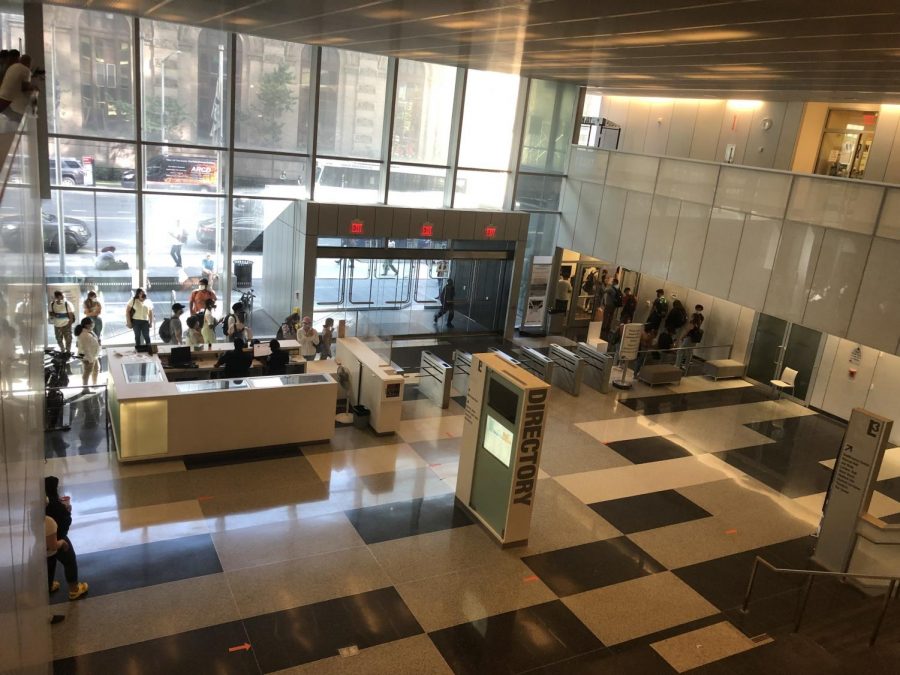 CUNY students who failed to upload their proof of vaccination, or approved medical or religious exemptions by October 7, had their in-person or hybrid courses automatically dropped on October 8. Students who experienced class drops are subject to a delay in graduation, losing financial aid, or paying back financial assistance money.

Since May, CUNY students knew they would need to be vaccinated to attend any courses on campus for the fall semester. During that period, CUNY sent several memos via email to students reminding them they needed to get vaccinated. However, when the fall semester began on August 25, several students returned to campus unvaccinated.

CUNY originally mandated students to upload their proof of full vaccination or approved exemption by September 27. The deadline was extended by ten days, but it still left some students with too little time to avoid having the classes that required them to attend on-campus dropped.

A John Jay sophomore taking four on-campus classes got her first dose of the Moderna vaccine on September 16. Her second dose was scheduled for October 14, a week after CUNY’s deadline.

On September 30, she emailed John Jay’s Interim Vice President for Enrollment Management & Student Affairs Brian Kerr about her situation. He responded to her email several hours later, saying sorry, but her courses will be dropped.

“It’s unfair,” she said. “Even though I’m late, I made my effort to get the first dose, and I have my second appointment.”

All the students interviewed for this article requested anonymity for safety and privacy concerns concerning their vaccination status.

During the town hall, President Mason directly addressed the difficulty of dropping students’ courses if they missed CUNY’s deadline.

“This is hard for all of us,” President Mason said. “Trying to balance keeping the community safe, while also trying to keep our students in class is hard.” President Mason continued by saying that students must be vaccinated to be physically present in the classroom, and the college has spread that message as far and wide as possible. Adding, “it’s not going to be easy for us to have to withdraw students from class.”

However, some students were able to meet the deadline, but not without difficulty. One John Jay student had to apply three times for a medical exemption after having an allergic reaction to the first dose of the Moderna vaccine.

The student, a senior, decided to get vaccinated in April before CUNY announced its mandate. However, after receiving her shot at the Bronx Lebanon Hospital Center, she experienced a strong allergic reaction while being monitored shortly after getting her first dose.

In her discharge statement, which The Sentinel reviewed, her diagnosis was numbness in the upper extremity. The discharge also listed four separate medical appointments scheduled for her to undergo further testing, including a follow-up in 2-3 days.

When she provided the results from the discharge statement to the college in August, she had her exemption request denied. The email notifying her of her denied exemption said she would need to see a doctor so they could help her fill out the CUNY COVID-19 Vaccine Medical Exemption Request Form.

After struggling to make an appointment with her doctor, she had the form filled out and signed, and sent for approval again on September 21. The Sentinel reviewed the Medical Exemption Request Form signed by her doctor. Her doctor writes her specific reaction was “anaphylaxis, with chest tightness, etc.”  On September 25, she was denied an exemption again.

The email notifying her of her second exemption denial read: “Chest tightness is not anaphylaxis.” The CUNY medical consultant asked for additional information about her reaction and recommended she see an allergist and provide the college with the results.

After seeing an allergist, who provided more details about her response to the vaccine, she was granted a medical exemption on September 27. She will undergo further testing in January.

Despite getting an exemption on her third attempt, she was unhappy with how CUNY handled her situation.

“I would understand if I’m refusing to get vaccinated, but I’m not,” she said. “I am allergic. There’s nothing I can do about it.”

CUNY did not respond to requests to help identify the CUNY medical consultant who decides whether to grant medical exemptions or not for an interview.

However, Malaine Clarke, John Jay’s Director of Health Services, said via an email message, “my responsibility is to compile the documents students submit, send them to CUNY. When a decision is made, I communicate said decision to students with a standard draft provided by CUNY.”

As for a Hunter student, she decided to take all her classes virtually because she was not ready to get vaccinated. She said she had a right to decide about getting vaccinated.

“The fact that CUNY hasn’t mandated their faculty to get vaccinated but has mandated their students to do so is quite bizarre to me,” she said via email message. “I don’t understand the logic behind it, both faculty and students alike are coming into contact with nearly the same number of people daily, sitting in classes for extended periods of time daily, and visiting campuses either very frequently or daily. What’s the distinguishing factor here that causes for the difference in mandating it for students but not for staff?”

As for one John Jay student, she was uncertain if she would meet CUNY’s initial vaccination deadline. So, she dropped her in-person courses early in the semester. She decided after doing personal research to get vaccinated before the deadline.

Still, she said she did not like that students could lose their classes if they failed to meet CUNY’s deadline.

“It’s unfair that students right now have to deal with the risk of being dropped from their classes and ending in debt due to a vaccine,” she said via email message.