Fighting, Family and Friendship: A Review of Mortal Kombat 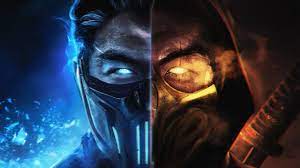 Mortal Kombat, a fighting video game series with many catchphrases after victory from fighters, was made into a movie again. Cole Young, as a new character, makes us all analyze what is worth fighting for.

An adaptation of the video game series, Simon McQuaid’s “Mortal Kombat,” (not to be confused with prior Mortal Kombat movies) is a take on the franchise that brings together fighters from all over the world. These fighters battle in a tournament to save the Earthworld from the Outworld.

Simon McQuaid’s “Mortal Kombat” was released on HBO Max, and in theaters on April 23. It stayed on the streaming service for a month before being removed and becoming theater exclusive only.

Mortal Kombat made 22.5 million opening weekend, a sign of theaters opening back up slowly, and people still having that need for a theater experience.

This adaptation starts off in 1617 Japan, where Hanzo (later Scorpion, played by Hiroyuki Sanada), a very strong warrior, is getting water for his wife along with his son. Their daughter is crying, so the son goes to check on her, and when other warriors come they hide the baby under the floor so they won’t get killed.

Bi-Han (later Sub-Zero, played by Joe Taslim) asks where Hanzo is, and the wife claims she does not know. The son makes a faux fighting pose, and Bi-Han kills them and ices their bodies. Hanzo runs back and fights with him, but bleeds out heavily and dies while trying to get to his baby.

A man later revealed to be Lord Raiden (Tadanobu Asano) takes the baby with his ice-blue eyes, and protects her so the lineage can live on.

The film then transitions to the modern-day. Cole Young (Lewis Tan), an MMA fighter is fighting for two hundred dollars and is preparing for his next fight with his wife and daughter. He loses, much to his daughter’s disappointment and when he goes in the bathroom, he sees Hanzo in the mirror, as a precursor to his lineage, and his eyes flash.

Jax lets him know that the mark on his upper right body is not a birthmark but the mark of a champion. He tells Cole to go see Sonya Blade (Jessica McNamee), the person he was recruiting with for the next tournament.

After Cole goes to see Sonya and is questioned by her, she tells him she has been researching the mythical, legendary Mortal Kombat tournament and a prisoner she has in chains locked up, Kano (Josh Lawson) knows how to get there. Kano kills one of Sub-Zero’s people sent there to kill him, whom he describes as a “lizard man” with the help of Cole and Sanya.

The three travel to Lord Raiden’s temple to fight and get stronger in hopes of defeating their foes in the Outworld. They meet Liu Kang on their way there and he guides them to Raiden’s temple, where they meet Kung Lao. Raiden appears but is disappointed in his champions because they do not have the heart to face the Outworld foes.

Sonya finds Jax, who has mechanical arms now but he is not content and feels like he’s weak. Kung Lao and Liu Kang (Ludi Lin and Max Huang, respectively) train Kano and Cole for the impending danger so they can be ready for what lies ahead. Sanya is “welcome to stay,” but cannot train with them due to not having the mark on her.

It is important to note here that Kano got his mark from someone he killed, so it is transferrable.

As they train and Raiden comes to terms that this is the best he has,  Raiden says that they need to awaken their “arcana” (or basically their power), and after an argument with Liu, he awakens his or what he would call “laser beams” out of his eyes. Shang Tsang (Chin Han), leader of the Outworld, attacks the temple with the rest of his crew, but Raiden intervenes and puts up a lightning-like fortress and says he cannot come there unless it is time for the tournament.

Cole wants to return to his family, so Raiden allows him to and says “you were not who I thought you were and I guess your bloodline does not run through you.” Cole goes home but something calls him back.

They all bond through training, but through another attack, Kano joins the Outworld crew due to money and power promises and when he goes back to the temple says “you didn’t think you could change me, right?”

Kung Lao dies at the hands of Shang Tsang to save Liu Kang. A fight brews, then Jax awakens his power and finds usefulness in his new, stronger arms. The tournament starts, and Cole comes up with a plan to be more tactical for everyone’s opponents. Cole channels the spirit of Hanzo, now Scorpion to get to his full level.

Sub-Zero has Cole’s family, which is in Cole’s former gym. Sub-Zero, and Cole fight, but Scorpion appears when Cole is almost killed. The fight then becomes personal between the two of Sub- Zero, and Scorpion. Sub-Zero dies eventually and Scorpion thanks Cole for releasing him from hell.

A movie full of gory scenes and action, Mortal Kombat is not the type of movie one watches if they do not have the stomach for it. For this reason, it is rated R. The movie is full of quips like, “finish him,” and fatality like the games would have it, after beating an opponent. Towards the end, Raiden stresses the need for more champions and there is a poster of Johnny Cage at the gym, setting up for Mortal Kombat 2.

A very strong scene is when Cole looks at his family picture and laments over missing them. He yearns to go back, so Lord Raiden makes a lightning portal for him. This shows how he places his family on a high pedestal because he does everything for them, even when he was boxing for two hundred dollars.

This is in contrast to Kano and the scene where he and Cole first meet in Sonya’s house, where he says that he does not have family, so he wants everything for himself, and out of greed, he asks for money to take Cole and Sonya to the temple.

Cole and Kano are two different people, emphasizing how people go on different paths and how having a strong family can help people grow for the better.

In my opinion, the film was solid. It was very gory, but I went into it forgetting that MK is a fighting franchise and clearly that was shown. The storyline was a bit rushed, even for the hour and fifty minutes run time, but it would have been better if the story was allowed to develop, even if it had to be more than two hours.

But on a $55 million dollar budget, things had to be cut. However, I would be looking forward to a director’s cut.

Mortal Kombat might not be everyone’s favorite, but it reinforces the values of family and trust in others while having some brutal break-ups and fights, with the common theme in movies of ‘good triumphing over evil’ – until the next time the Earth needs saving.