Is John Jay Excited About Michael Bloomberg Running for President? 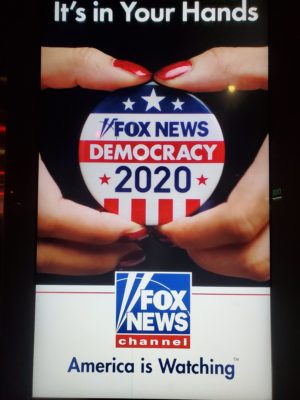 He is a prominent figure who ran New York City for over eight years. Back again, this time for the throne at the White House as the President of the United States.

Former New York City mayor, Michael Bloomberg has officially announced that he is running for president, and the people’s excitement is just as uncertain as next year’s elections.

“I don’t know if Bloomberg would be a better president, but he has a lot of money and when people have money they have power,” said Joyce Williams, a custodian at John Jay College. “They can buy their way into things, and I believe that’s how Trump got in – with his money.”

It has been a while since Bloomberg was in the political spotlight, however, his experience as mayor of New York City from 2002 to 2013 gives him leverage over some of his competitors.

“I like Bloomberg, I think he was really good for New York City especially compared to De Blasio and Giuliani. I think he did a lot for the city while he was mayor,” said Casey Keiss, a Political Science major.

Keiss explained how Bloomberg cleaned up the homelessness problem and how she thought things have gone downhill since he left office as mayor in 2013.

“I think if we can put that on a national scale we’d be a lot better off,” Keiss said. “I’m very excited, I’m really hoping he’ll win the primary.”

Keiss also pointed out that he would be the first Jewish president of the country. From her perspective, the diversity he’ll bring to the office would be a “great representation for the White House.”

Bloomberg has entered the presidential race a bit late in the game but has made swift advancements in trying to salvage his past political mistakes. On Sunday, November 17th, Bloomberg apologized to the masses at a predominately African-American church in Brooklyn for his Stop-and-Frisk policy which proved more detrimental than beneficial to citizens of the city.

The proposed action allowed NYPD cops to randomly stop, body search, and then arrest anyone they thought suspicious of illicit activity without any concrete evidence. During that era, Bloomberg was a symbol of the Stop-and-Frisk policy for believing crime would decline.

However, it disproportionately targeted people of color.

“To be honest, I don’t really like how he treated the public and police officers,” said Christopher Menzer, who studies Criminal Justice. “Compared to other mayors, the level of respect he had for law enforcement wasn’t the same as past mayors were.”

Towards the end of his reign, the NYPD blatantly opposed the Stop-and-Frisk policy. However, Bloomberg ignored law enforcement’s opposition and insisted on the continuation of the method to curtail crime throughout most of his career as NYC mayor.

Some people believe he is only interested in furthering his own agenda without having the interest of the masses at heart.

Sebastian Cuadros, a Law and Society major who also works as a cashier at the John Jay Cafeteria believes Bloomberg is just running for president because he’s a politician, and that’s it.

“I didn’t necessarily think Bloomberg was a good mayor, to begin with, neither is De Blasio and he’s also running for president,” Cuadros said. “I think that both of them are just interested in furthering their own careers and personal status than they care about anything relating to American politics.”

At the moment, the seat for next year’s presidency is up for grabs. And, although Bloomberg is late to the presidential race, the stakes are high, but so is his determination to win the presidency.