Opening of a Second Meditation Room in North Hall 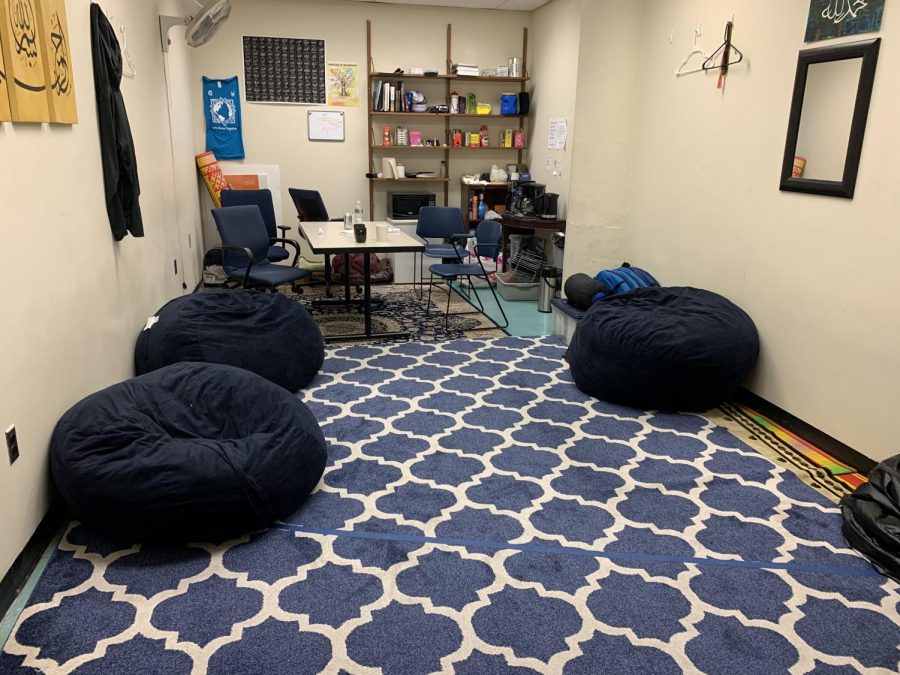 The opening of a second meditation room was announced through an email to the John Jay community on October 22, 2019, by Michael Martinez-Sachs, John Jay College’s Assistant Vice President and Dean of Students.

Dean Sachs along with The Student Activities Association (SAA), were able to open a second meditation room in the North Hall Building. According to Sachs, a group of motivated students came together and asked for another room.

The room will allow students to have access to another space whenever the meditation rooms in the New Building and North Hall, respectively, are occupied.

Transfer student Genesis Torres was delighted to hear the news.

“Many people are afraid or shy to do things like meditation or praying in public,” Torres said. “These spaces will allow that level of comfort and it’s a nice open space for them.”

John Jay College has a diverse community with students and faculty members being of different backgrounds, beliefs, and religions. Students prefer a quiet space to perform any prayers or practices within their religion or beliefs. There are also students who do yoga or meditation as a form of relaxation.

The demand for another meditation room increased when the first one in North Hall wasn’t enough for the various groups who wanted access to it. Space was limited, causing overcrowding.

“It wasn’t really used as a meditation room as often as it could or should have been,” Sachs said, “because there was just a problem with space, we have space issues in the building.”

“What we found is that a lot of people use this room as a meditation class or clubs would come in and use it,” Sachs said. “At times it would become crowded. Some students who pray on a regular basis said it was at times hard to do so.”

Sachs and SAA then decided to find a nearby room to the existing one in North Hall for students to have it close by instead of in different buildings. The process for this third meditation room took a week of searching and cleaning, and an additional 3 weeks to furnish it.

Even though the news of the third meditation room was sent to all students and faculty members through email, many students didn’t know anything about it.

Klaudia Zuraw, a junior, was unaware of the news and if it weren’t for her Instagram page, she would have never found out.

“I feel like it should be announced more because not many people read through all the emails they receive,” Zuraw said, “I would put posters or flyers all over campus if I needed to make the students aware of the grand opening of a place.”

For more information regarding the meditation room, visit the Wellness and Resources Centers.