The Journey of a Teenage Immigrant 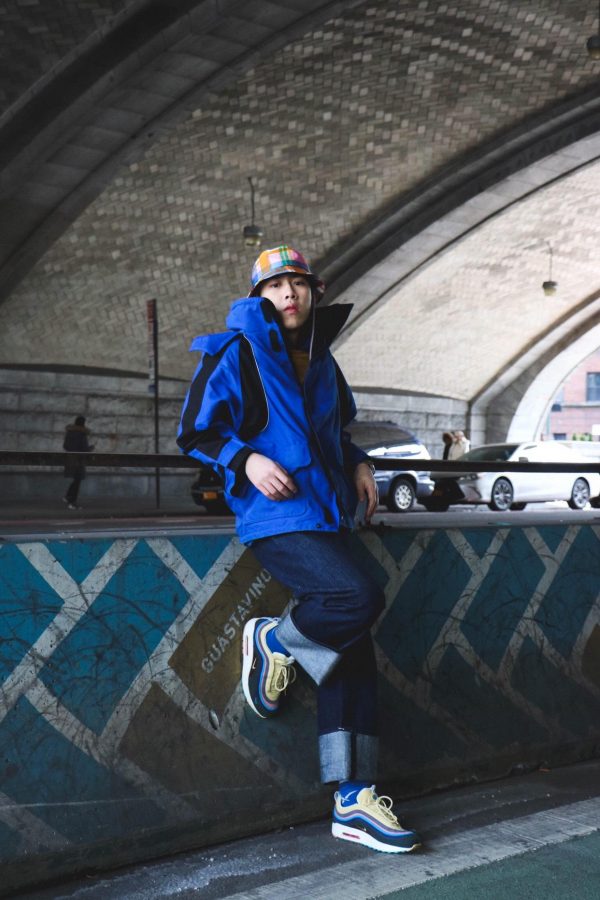 Adapting to the American lifestyle is far from easy, but worth the struggle.

“I wanted to stay away from the norm,” Wathunyu Pikulsawad said. “I did that by coming to America.”

Wathunyu Pikulsawad, also known as Jay, is a twenty-one-year-old Thai kid living in New York City. He is currently a student at LIM College and works as an intern for a luxury department store, Barneys.

He spends most of his time working and going to school. He also lives by himself at his Midtown Manhattan apartment next to the Queensboro Bridge.

Most people would refer to him as the “bougie spoiled rich kid” with all the expensive name brand shoes, accessories, and clothes that he has. But as you get to know Jay, you will realize that it was not easy for him to get where he is now, despite whatever materialistic things he may own.

Since young, Jay has always been interested in American culture.

“To me, America is freedom,” Jay described. “I love my culture, but I wanted to be free from the rules and do my own thing.”

From American movies, tv shows, food, and fashion– Jay has always been fascinated by how independent and expressive one can be. As a kid in Thailand, he felt constricted by his daily routine.

He explained that kids had to dress in the same white t-shirt and khaki shorts, go to school and tutoring, and even have the same haircut– crew cut for boys and bob hair for girls. They would have to wake up as early as 7 AM to be at school by 8 AM, would not leave until 5 PM, but still have to attend extracurricular activities until 9 PM. Jay wanted more than just a life that was already set up for him.

“At the age of fourteen, I asked my mom if I could enter a foreign exchange program for a couple months,” Jay explained. “I got accepted, but I was upset because I couldn’t get a host family at the time.”

Jay really wanted to leave and experience life in America, so he was persistent and kept asking his mother to find a way.

After long consideration, Jay’s mother decided to let him leave for four years of high school. They had to wait for sometime, but he was able to find another host family before the school year began. He left Thailand all by himself and never lived there again since then.

“My mom let me do my own thing. She is really open-minded,” Jay said. “Whether she can accept it or not, I just tell her how I feel and what I want. She let me learn life on my own.”

Jay attended high school in Westchester, New York. Although he did not have his family and friends with him, he was super happy to start his new life and make new friends. However, he had problems with his host family.

“My host family treated me like s**t. They kept me trapped in a basement and never checked up on me,” Jay said. “They never even said a word to me. I knew I had to leave.”

Jay did not feel safe. He tried talking to them but they did not want to talk. He felt that his host family just cared about the money they were getting paid to host him. He was tired of feeling neglected, so one day he snuck out of the host family’s house and stayed with a friend in his dorm room.

“They didn’t even notice I was gone,” Jay said. “I complained to the school about them and they let me stay in the dorms until they found me a new host family.”

“I had to go back to Thailand for a little to get some documents fixed. I didn’t know what to do,” Jay said. “I was freaking out, but I was able to come back. I just don’t know how long I can stay in New York.”

Jay came back to New York to continue his studies and also found another host family who treated him well. His host family taught him how to take transportation all over the city and that is when he felt more comfortable to go out on his own. Things started to look up after that.

“I love traveling everywhere, seeing new things, and meeting new people,” Jay said. “I went to the city every weekend to explore, and especially to shop because I love fashion. Fashion is different everywhere.”

Growing up, Jay was heavily influenced by his older brother and father who would collect shoes and jewelry. He would also be inspired by the hip-hop culture with all the streetwear gear and sneakers.

When he goes shopping, he buys many items from luxury brands such as Raf Simons, Balenciaga, Off-White, Heron Preston, Vetements, and more. He owns over 50 pairs of sneakers along with the clothes to match.

One may ask, how does he afford all these things on his own?

“My parents are financially helping me out. I honestly don’t have a limit as to what I can spend,” Jay said. “As long as I work hard and do good in school, my parents are fine with supporting me. I don’t take advantage of it though.”

After high school, Jay got into LIM College and decided to pursue business in fashion. He interned for Vogue and is currently interning for Barney’s. He decided to move into an apartment in Midtown, Manhattan for the convenience of his job and school.

“I don’t mind working for free right now. I just wanna learn as much as I can,” Jay said. “If you do something you love, you will excel. You will be happy.”

With the support of Jay’s parents, interest in fashion, and his shopping habits, it became a gateway for him to open up his own online shop, The Grailed Shop. He would buy in-demand luxury items and resell them in Thailand at a higher price point. He uses that money to send back home to his parents and to support himself.

“I want to have my own store one day. A space where people can come and chill,” Jay said. “It doesn’t matter if they are gonna buy anything or not. The main thing is to find a comfort zone within my store.”

Because of Jay’s life experiences, he wants to build a place for people to feel welcome and accepted. He also wants to inspire other kids from around the world to explore out of their country and find their own niche.

“I’m working really hard toward my goals before my student visa expires. If I find a way to stay here, it will all be worth the struggle,” Jay said.

“My advice to people in the same position is to keep hustling, be humble, and be open-minded. You never know where that is going to take you,” he said.