NYPD: The Unseen Side 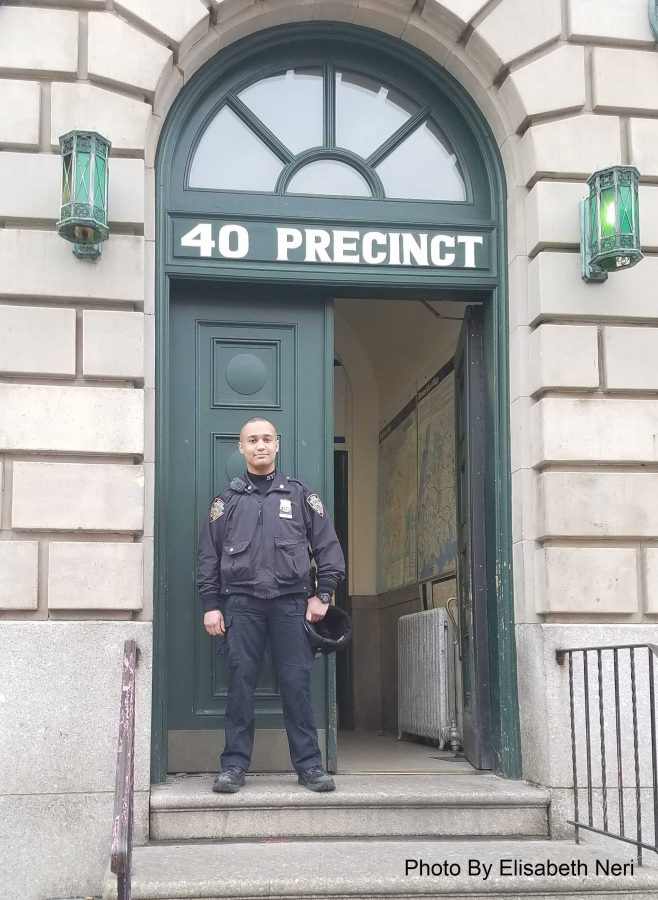 There are two sides to a coin and, unfortunately in some cases, one side is more popular than the other.

Police officers are pigs. They do not serve, they do not protect. They abuse their authority and cannot be trusted. It is not hard to come to such conclusions when the media is constantly flooded with news about cops using excessive force and abusing their authority.

A young woman gets off from working the night shift and starts walking home when she realizes that a man is following her. She could be sexually assaulted, she could be robbed, and she could end up dead. But two cops take care of the situation and walk her home.

Those are two cops serving and protecting, but we never got to know their names or their faces.Their heroic deed went unnoticed by the media and by the world. But the officers were fine with that because the young woman made it home alive and unharmed.

That young woman, Bronx resident Gathy Matias, was no stranger to the good side of police officers that is often not shown in the media. One cold night, an officer helped Matias open her car after she had locked herself out. “That was nice,” she said.

Similarly, Acosta recalls a time when a white cop became a good representative of the police force.

“When I worked in a grocery store there was a beat cop who would stop by every day. At first, it was scary, but over time we saw him as part of the community too,” Acosta said. ” Once a kid was stabbed on the street and the officer chased the criminal.” The police officer did not catch the suspect, but he did go to the kid’s wake and funeral.

“I see them cruising or walking around the neighborhood and they smile and make friendly conversations with people,” Victoria said. “We’ve grown familiar because they buy ice cream from me and they’re always very friendly and respectful.”

Before Victoria became familiar with police officers, she would tense up and grow uneasy because of the police brutality she would hear about in the news.

“Now I actually feel better when I see them around. They’re good people who’s priority is to keep us safe.”

Such stories are refreshing to hear about since they seldom make it to the news. Perhaps it is this lack of police positivity in the media that greatly contributes to the fear of cops, which, according to Acosta, stems from what we see in the news and is fueled when you are a person of color.

It is good to know there are police officers that do not care about race and consider everyone to be “blue” when it comes to protecting civilians and enforcing the law.

“We do not judge what you look like, your color, your ethnicity,” said officer Ludvick, 23, of precinct 40. “You’re blue. You’re pretty much blue. That’s how we think about it. I don’t judge people on their background. I just judge their personality and how they act and if they follow the law, that’s how things should be.” And yet, the public may find it easier to believe that officers are enemies rather than protectors because police brutality is all they see in the news and in social media and they have yet to have an interaction with good cops.

Police officers understand why they are the recipients of the public’s distrust and dislike. Good cops, however, neither tolerate nor condone the abuse of authority done by other officers.

“Trust is to us like currency. If we or another officer does something to break that trust that people have in us then we have nothing,” said Police officer Barth, 29, of the precinct 40. “Any good cop will feel the same way.”

Unfortunately, the bad rep from the media has gained good cops little trust and more disrespect from the public.

“They call us different names, they say we are helpless, we don’t do our job, we abuse our authority, which isn’t true,” Officer Ludvick said. “But it’s all part of the job”

While some cops may choose to ignore disrespectful remarks, other cops opt for a humorous outlet in order to alleviate tensions.

“People are very creative, which in an odd way I can appreciate if nothing else. If I think they came up with something good I’ll tell them knows so.” Officer Barth said. “That usually throws them off and deescalates the situation.”

Unfortunately, the public’s unawareness of what goes on in the process of keeping them safe influences the misconceptions they have about cops.

A suspect willing to fight it out with one officer would not do so as quickly if there were two or three officers. While on-lookers may be quick to criticize such “excessive force”, Officer Barth points out that people fail to realize the person could be a gun point robbery suspect.

“What appears to be excessive force is almost without exception not so and less [force] could endanger the public. That’s the last thing we want, ” Officer Barth said.

Officer Barth also points out that the people who call police officers for help are probably going through some of the worst times of their lives and this always keeps officers on their toes, something that the public also fails to realize.

“People don’t call for the police when things are going well, there is some kind of possibly life altering event taking place and it’s not for the good.”

And, unfortunately, that is often the case. Officer Barth recalled a time when a couple lost their 11-month-old baby on Christmas Eve. The baby had passed away sometime during the night and when the parents woke up on Christmas morning to open presents with their baby, they came to the horrific realization of what had happened.

“Imagine what the parents were going through as they removed the gifts, still wrapped, from under their tree with their baby’s name on them,” Officer Barth said. “That’s tough on everyone involved.”

On another occasion, recounted by Officer Ludvick, police officers received a call from a family whose baby was not breathing. Police officers blocked traffic to get to the scene as soon as possible.

“They stopped traffic and they saved the kid’s life,” Officer Ludvick said.

Officer Ludvick also recalled a time when a man’s car was stolen from the Bronx. The officers he works with could have only written a report but they tracked the thief down, they drove all the way to Brooklyn, and they recovered the stolen car.

If the public were more aware of the good side of cops and the risks that police officers put themselves in everyday to keep everyone safe then there would be a broader understanding, more cooperation, and more respect when interacting with officers.

“I bet your opinion wasn’t formed based on firsthand experience but because you were led to believe you should feel this way by someone else,” Officer Barth said.

“If you ever do interact with us I truly believe your opinion will be changed for the better.”