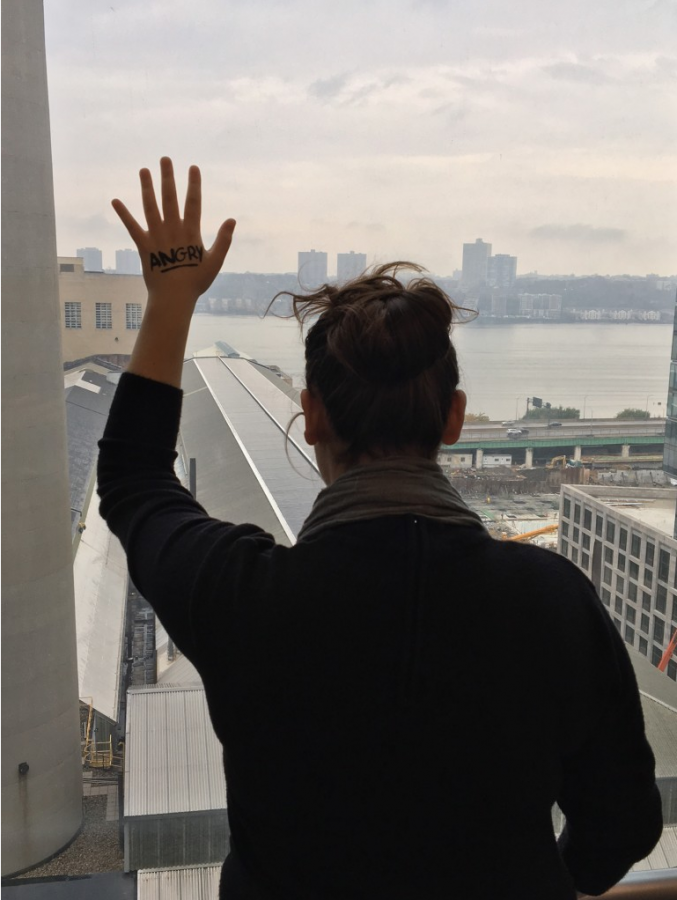 by Stephanie Calderon and Andrew Bandini

Yesterday morning, I ran into Krystle on the 1 train on my way to class. She was excited to see me–full of happiness and passion, as she usually is.

This morning, I ran into Krystle in the Honors Lounge on my way to interview a student about last night’s election. She was not Krystle today–she was apathetic, bitter, and depressed.

Krystle Salvati, a freshman in the Macaulay Honors Program, is not affiliated with a political party. She was, however, supporting Hillary Clinton, the Democratic nominee for president in this election. Krystle received the opportunity yesterday to vote for the first time in her life–she also made history by getting the opportunity to vote for the first-ever female nominee of a major political party.

As we learned late last night, Krystle’s efforts, and the efforts of many of Hillary’s supporters, were not enough to trump the Trump voters in rural America. Donald Trump–an entrepreneur who has taunted Mexican-Americans, threatened Muslim-Americans, poked fun at the families of fallen veterans, and who has boasted about “grabbing [women] by the p***y”–will serve as the president of the United States of America from January 2017 to January 2021.

Salvati said that she woke up that morning “angry.” This was a word that was used by many, both in person and in social media.

“It’s like you’re watching a movie and the main character kept on failing and your heart just drops–that’s what it’s like,” said Salvati. She described how it was to wake up in the morning to see that Trump was our president. She just could not believe that our country could appoint someone who had said such terrible things.

Most of people’s worry is that they do not have somewhere to feel safe, where they do not have to censor themselves or even having to tailor their beliefs to what others will accept. “John Jay is a more comforting place than any place else,” explained Salvati. “For professors are always telling us to do the right thing when selecting a candidate.”

Seeing as this is a hard time, not many people are able to have a clear mind as to what they can do now. What can people do now, even if they do not want to accept what has happened? Salvati explained this by saying, “You have to look at this as an opportunity to do something right for this country.”